We’re more than just a website. We’re a boxed set, too! We’re so proud to be the namesake of this essential collection, which includes the first novels of all five Rick Riordan series. This would be a great gift for up-and-coming demigods everywhere. All the world should know the joys we’ve found in the Riordanverse over the years.

We recommend starting with The Hidden Oracle, though, just to prep for The Tyrant’s Tomb! 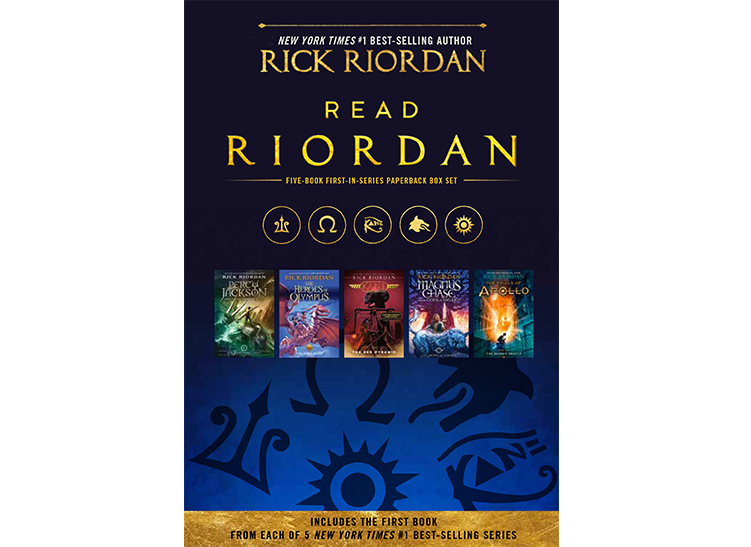 Sample each one of Rick Riordan’s five New York Times #1 best-selling series, in which the storyteller of the gods puts a funny, exciting, and modern spin on four ancient mythologies: Greek, Roman, Egyptian, and Norse.