Race to the Sun: Meet Mac

The characters in Rebecca Roanhorse’s Race to the Sun are so charming and distinctive, we want to hang out with them! It would be so great, you know? We could cheer them on at the next Isotopes basketball game . . . or as they slay monsters.

Next in our line-up is talented artist and brother to Nizhoni, Mac Begay.

His full name is Marcus, which Nizhoni likes to use when she wants to kick him out of the front seat of the car. But he goes by Mac, and he won’t give up that spot so easily. A major sixth grade smart-mouth, Mac gets serious when it comes to drawing, constantly sketching on his iPad. He tries and often fails to stay out of the way of bully Adrien Cuttlebush, but don’t mess with Mac. Get him angry enough and he’ll manipulate water to show he means business. We envy his bangs and his hand-decorated Converse sneakers. 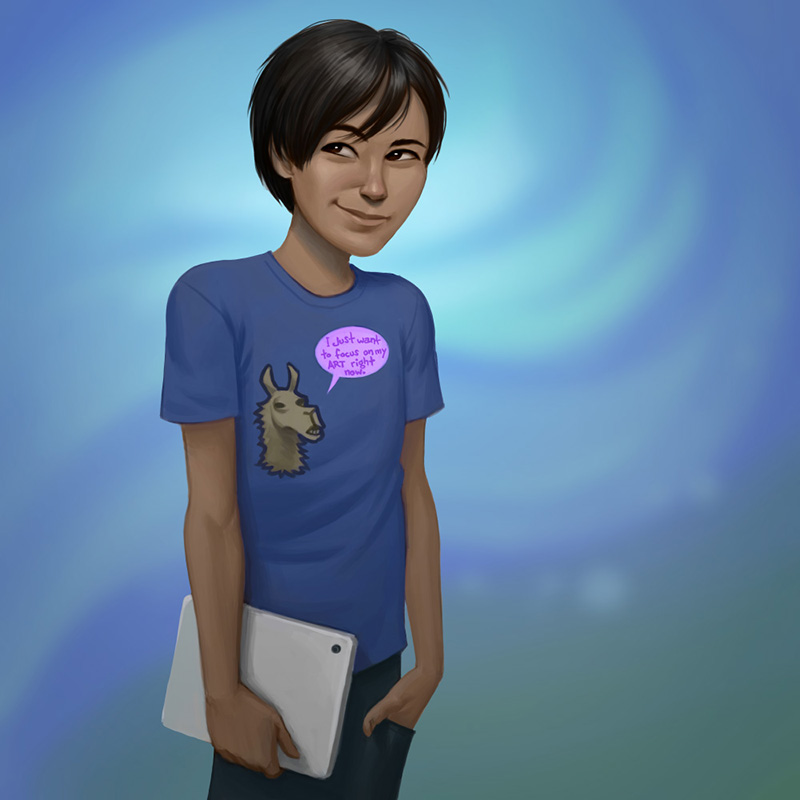