Proof you are an Original Percy Jackson Fan

This year The Lightning Thief celebrated its 12th anniversary of first publication. 12 was also the age of our hero in the first PJO book. If heroes age the same way books do, Percy would now be 24? Let’s put age (and math) aside to consider other telltale signs that you literally grew up with Percy Jackson:

Before Facebook, Twitter, Instagram and all the other socials, how did you ever express all of your feels for Rick’s books? Did you run to the most convenient chat forum? Did you talk to people directly, like real face to real face? How was it done?? Tell us please. Because we barely remember.

You became a Mythology Nerd.

Between the PJO series and companion books like Percy Jackson & The Olympians: The Ultimate Guide and The Demigod Files, you inadvertently became a master of the Greek pantheon. This guaranteed that you would ace any mythology exam at school. Maybe you even participated in a Percy Jackson Mythology Bee? Spelling is important but the myths are a religion! A pagan religion to be specific.

You almost went Pro in Capture the Flag.

Okay, so maybe you took the game a little too seriously compared to the other kids at your summer camp. But after reading about the high-stakes, high-intensity competitions at Camp Half-Blood, how could you not? Of course, you knew better than to maim your opponents; at Half-Blood that’s a one dessert penalty.

You became a better artist.

Were you one of those fans who produced your own stories and/or artwork about Percy and his friends during the early days of DeviantArt? It’s no wonder, Uncle Rick’s blend of old school mythology and modern, relatable characters has inspired generations of writers and artists to enhance the world of Camp Half-Blood through seemingly infinite ships. 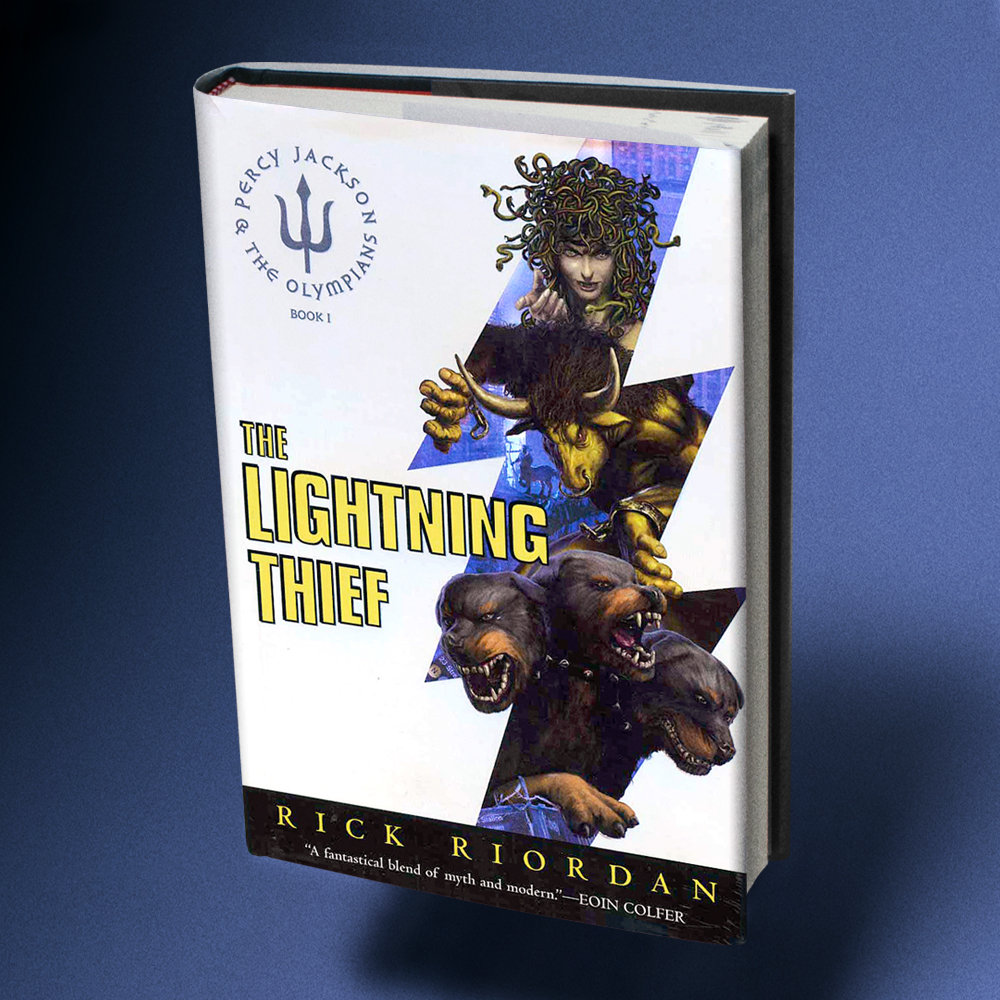 You remember the original The Lightning Thief cover.

For most fans, it’s hard to imagine the Riordan world without the art of John Rocco, but you, you still recall the original cover of The Lightning Thief. In hindsight, the collage of Medusa, the Minotaur, and Cerberus is a little creepy and a bit menacing, but deep down you still feel a twinge of nostalgia every time you come across it. Even if it looks completely out of place with the rest of your collection.

You still can’t let it go.

Even to this day, you’re just as hyped up about Uncle Rick’s recent series, Magnus Chase and the Gods of Asgard and the Trials of Apollo, as you were about the PJO and Heroes of Olympus series, proving that you’re still not ready to say good-bye to Percy, Annabeth, Nico, and the rest of the demigods at Camp Half-Blood. Luckily for you, Rick isn’t either!